In a rare occurrence for the marijuana industry, a notable stock in the sector has reported a net profit. This happened Monday with Cronos Group (NASDAQ:CRON), which published its Q4 of fiscal 2019 results.

The quarter saw the company reap just over $7.3 million in revenue, which was a robust 71% over the Q4 2018 figure. This gain was due mainly to the absorption of the Lord Jones cannabidiol (CBD) product line, an acquisition that closed last September. On the bottom line, the company flipped to a profit of nearly $61.6 million ($0.16 per diluted share), from the year-ago loss of $9.7 million. 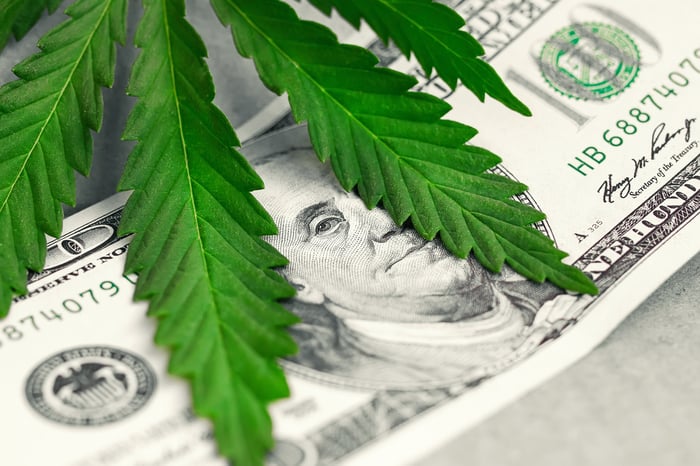 There’s a big asterisk next to that bottom-line figure, however. It was due to a nearly $119 million non-cash gain to adjust for the value of derivative liabilities. These are connected with tobacco giant Altria‘s $1.8 billion investment into the company following a deal made between the two in late 2018.

On an operating basis, Cronos posted a loss of just under $64 million for the quarter, deeper than the $8.9 million it recorded in the same quarter of 2018.

Regardless, the headline Q4 net profit number beat analyst estimates. Prognosticators following the stock were modeling a loss of $0.03 per share, although they anticipated much higher revenue of $11.6 million.

The marijuana company‘s earnings release comes over one month after it was originally scheduled to occur. The company delayed its publication due to uncertainty around items related to purchases of bulk resin, and to wholesale sales.

Cronos shares inched up only marginally on Monday, against a stock market that had quite a bullish day.