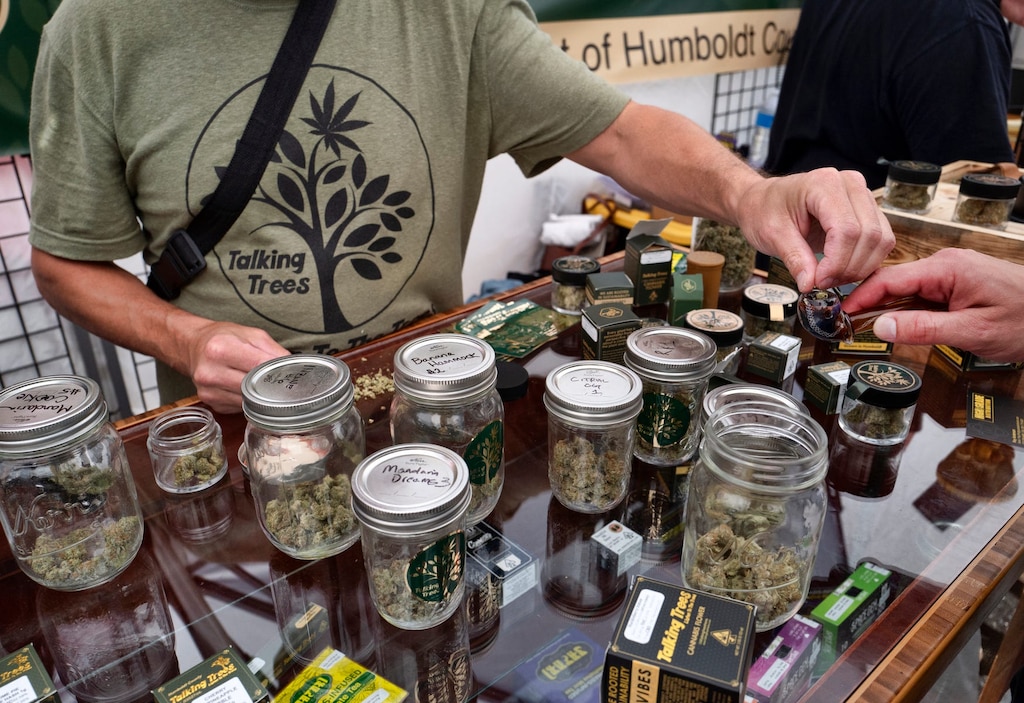 Aurora Cannabis, a Canadian cannabis producer, gave an update on its fourth-quarter 2019 performance, saying that it expects revenue between C$100 million and C$107 million before taxes, compared to C$19.1 million from the year prior.

Shares rose as much as 16% on the news of the revenue increase, also up from third quarter revenue of C$65.1 million. In addition, Aurora said that it expects total net revenues for fiscal 2019 to be between C$249 million and C$256 million.

“Our success to date comes from a focus on quality, regulatory compliance, appropriate Board of Directors oversight, and delivering a profitable, low risk and sustainable business for our shareholders,” said CEO Terry Booth in a press release.

The company also expects that its total production for the fourth quarter will be above analyst expectations of 25,000 kgs, in a range from 25,000 kg to 30,000 kg. Cannabis revenue in the fourth quarter is expected to top $90 million, and the company said it anticipates growth across all business areas— these include Canadian and international medical markets and consumer markets.

The company also said that it “continues to track toward positive adjusted EBITDA,” in particular from cannabis operations. The full results of the fiscal 2019 fourth quarter will be released in September.

“This update should provide some relief for the overwhelming negative sentiment that has gripped the sector and Aurora in particular,” wrote W. Andrew Carter of Stifel in a note Tuesday. He reaffirmed his $10 price target and noted a more constructive near-term outlook for the company.

Aurora is one of a small but growing group of key players in the cannabis market, which has struggled over the summer, wrote Carter in a July note. Disappointing earnings, as well as CEO shake-ups at Canopy Growth and CannTrust have weighed on cannabis stock performance.

But recently a few companies have turned a corner and posted gains. Cronos Group jumped when it announced it acquired a company that positions it to take advantage of the US CBD market, which could grow to be  worth $16 billion by 2025. And Aphria, another Canadian cannabis producer, rose as much as 38% when it beat analyst expectations for fourth-quarter earnings and posted a profit.

Shares of Aurora Cannabis are up roughly 30% year-to-date. 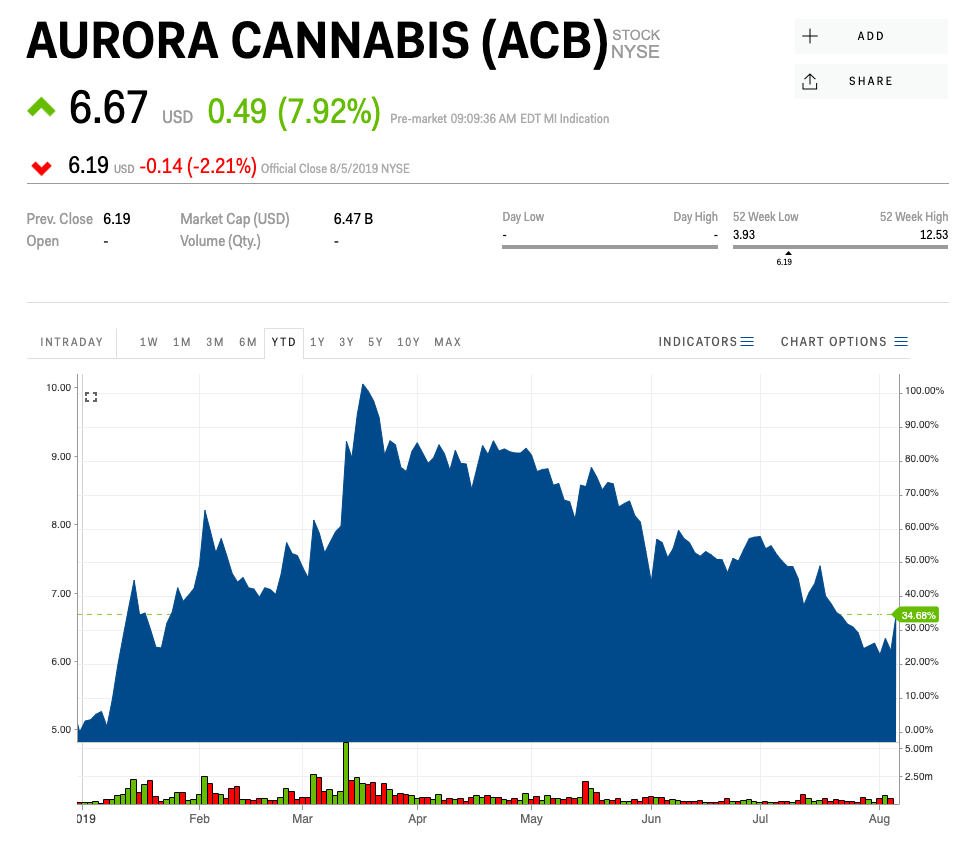