After a high-profile firing at Canopy Growth, Bruce Linton has a lot of opinions about the next big opportunities in cannabis.

When Bruce Linton was unceremoniously canned from his position as co-CEO of Canopy Growth Corp. earlier this year, the cannabis world was stunned. Linton is one of the stars of the business, having grown his company from a tiny Canadian medical marijuana operation to the world’s largest publicly traded cannabis company, worth an estimated $15 billion.

Hailing from Ottawa, Linton is a familiar face and voice of the industry, appearing frequently on CNBC. He is known for making big moves. Canopy was the first cannabis company to partner with a major conglomerate, Constellation Brands, which has a beer portfolio that includes such brands as Corona and Modelo. It also created high-profile partnerships with celebrities such as Snoop Dogg and Martha Stewart.

But apparently, all this entrepreneurial daring was losing shareholders money. Last July, the board terminated him. We had a chance to sit down with Linton to talk about the ouster, his plans for the future, and hemp straws.

RELATED: Barneys Department Store Is Betting On The Luxury World Of Weed

What really happened at Canopy?

So, Canopy had quite a bit of progress. Six years ago, it was a pretty small company — just a few people — and when I was done, it had more than 4,000 people, and we’d done 17 rounds of finance. But I was more interested in expansion than margin. I was more interested in domination than earnings per share, and that combination of things isn’t always going to be in alignment with people in organizations that have a lot of big cash. Ultimately, the right path for the company is probably to focus a bit sooner on profits and scale than I was ready to do. The result is, the board has a right to change things, and they did.

So what’s next for you?

I might do something with CBD, but my issue with CBD is that it’s got to be the upside-down model. I really want hemp to be the driver and CBD to be the last ingredient. Because if there’s too much CBD in the market, I want all the other things to be a business. You should have no waste, and you should have dependable income.

Tell us more about your interest in cannabis for dogs.

I like dogs. When we were doing things with dogs at Canopy, I made sure that they were happy dogs, well-treated dogs. Regrettably, as the age of our dog goes up, our connection to the dog and our tears with the passing of the dog almost exceed [our grief over losing] family members. So I think there’s a massive economic opportunity. There hasn’t been a history of prescribing cannabis for dogs. 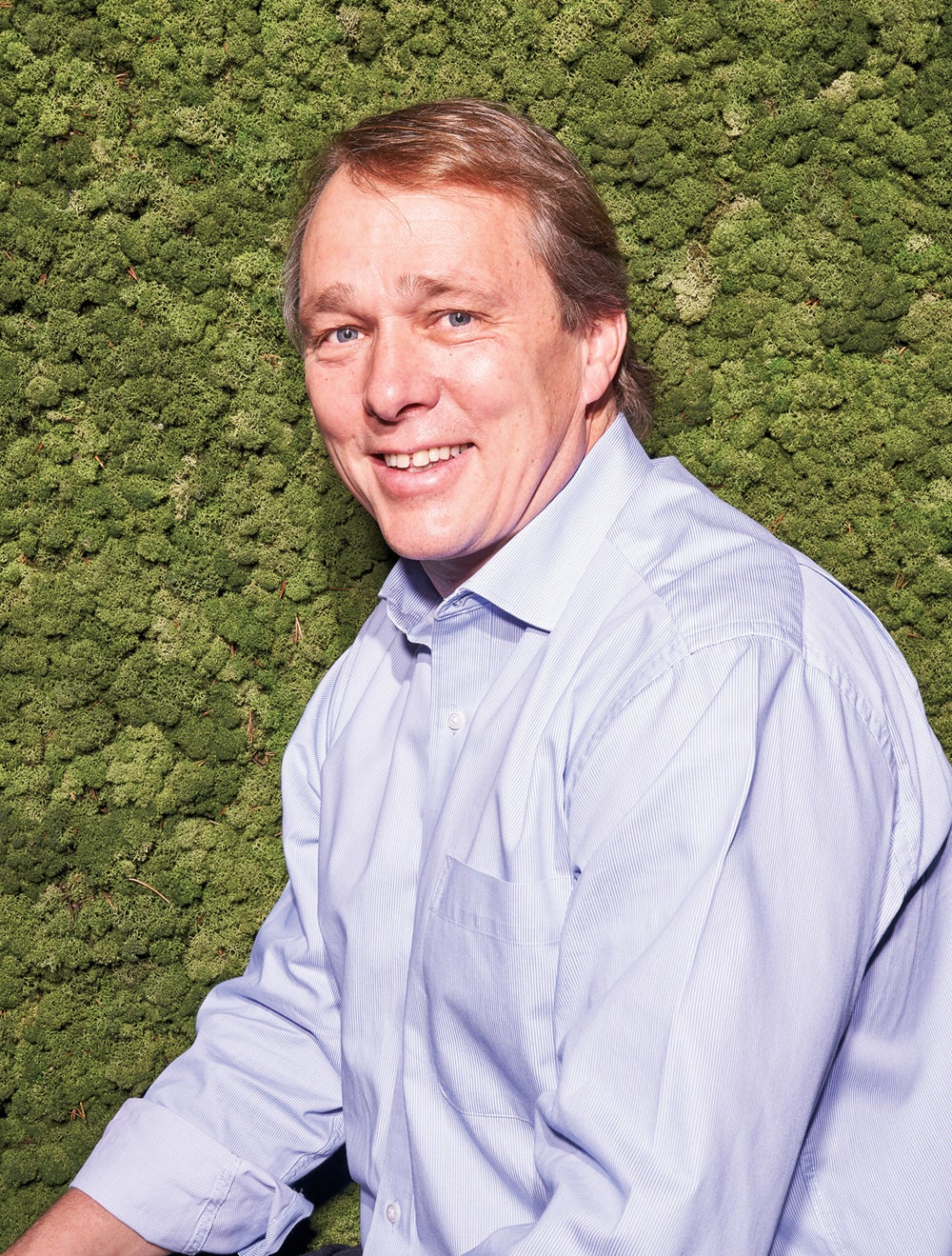 There’s been a lot of political debate over plastic versus paper straws. Recently, you said you saw an opportunity in hemp straws. Talk to us about that.

In the past 12 months, we’ve had a national or [even] a global obsession with the almighty straw. If someone takes a plastic straw, they’re publicly shunned. And if you use a paper straw, people wonder why you would need any straw. And in some markets, like the U.K., they give you metal straws, which are great but will go right through the back of your throat and cause you to have some kind of permanent damage.

The whole straw thing is completely wild and mind-­blowing to me. I think about straws way too much, because it’s just so weird that straws are such a big part of our daily dialogue now. If I said I’d like to make hemp flip-flops, nobody would think about flip-flops, because we haven’t been talking about them all day long. Hemp straws are different, because we’re crazy with straws.

Is that the way your mind works as an entrepreneur? You look at problems people are talking about and try to figure out how to solve them?

I try to all the time. Unless there’s a major catalyzing event that creates a wave of opportunity, you spend way too much time paddling. For example, the regulatory frameworks emerging for cannabis were the primary reasons I got involved.

Another major catalyzing event is climate change. How do you actually manage through that and create value? I want to know, who will be the winners? Are the fish going to be where they didn’t used to be? Can I get a fishing fleet licensed in another country that never used to have that kind of fish? Is there going to be a genetics company that makes seeds that can handle much higher variations on dry days, so you can actually grow crops even though the temperature increases or decreases or the water increases or decreases? I’m not telling you to leave your car running. What I’m telling you is we already have climate change; how do we make money off it?

What’s your advice to people who want to get into the cannabis business?

I tell them to get in any company. I don’t care what company. At Canopy, people would say, “I really want to be the director of blah, blah, blah.” Listen, who cares? Join as a trimmer if you have to, because we hire up inside faster than we hire from the outside. And so, get in, get going, and see what happens. Give yourself 12 months to really understand the business and find three things you think you have the aptitude to invent or create that are better. Because the last thing we need is some people just sitting by themselves inventing stuff and then running around like a hammer looking for a nail. There’s a lot of that, man. If I have another pitch on some of these alternate methods of tracking crypto structure stuff…I’m like, “What problem are you solving?”

Do you live by a business maxim?

I have never been involved in creating a company that didn’t continuously give everyone some equity. I think you can actually own the corner store and be really proud of owning the corner store, or you can own, like, 1 percent of Walmart.