Cresco Labs (OTC:CRLBF) is one big step closer to opening its second dispensary in downtown Chicago. The company announced Monday that it has received special use approval from the city’s zoning board of appeals for its store in the River North district.

Obtaining the zoning permit means the marijuana company has one final hurdle remaining before the dispensary, which will bear the company’s Sunnyside brand name, can be granted an adult use dispensing organization license — an inspection by the Illinois Department of Financial and Professional Regulation. If the dispensary passes the inspection and receives the license, it can open for business. 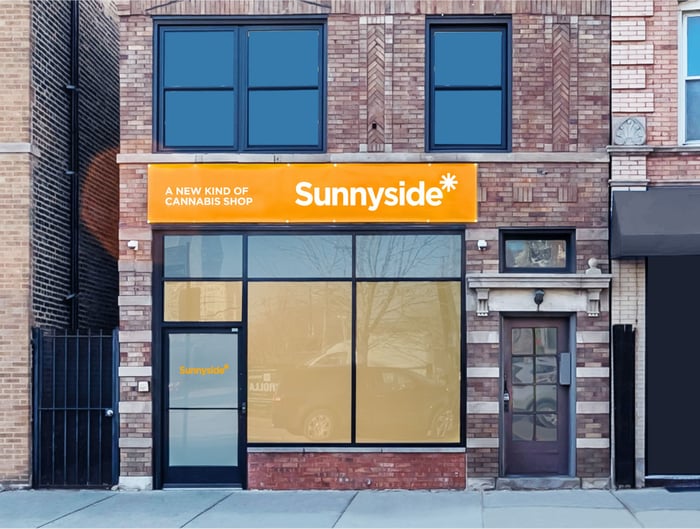 “Earning the right to operate in this highly coveted location is both a privilege and a significant opportunity for Cresco,” the company said in the press release trumpeting the news. It didn’t hesitate to point out that the upcoming Sunnyside location is quite close to the Magnificent Mile, a busy Chicago shopping district.

Sunnyside is the core of Chicago-based Cresco’s retail strategy. The new store will give it a total of six dispensaries in Illinois, only one of which is currently situated in Chicago proper. The company also holds licenses to open another four dispensaries, at least one of which will be located in the city.

The timing of its Illinois build-out is auspicious; marijuana companies operating in the state are reaping the benefits of a white-hot market since recreational pot legalization kicked in at the beginning of this year.

Despite the good news, Cresco’s stock was dragged down by the bear market on Monday. Its shares fell by almost 19% on the day.