New Zealand Prime Minister Jacinda Ardern said that she “did a little dance” when she was told that the country had recorded no new or active coronavirus cases as of Monday local time.

New Zealand’s health ministry announced in a statement that is has been 17 days since the last new coronavirus case was reported in New Zealand.

As of Monday, not a single person in New Zealand was receiving hospital-level care for COVID-19, and there were zero new deaths attributed to the virus.

According to state-owned Television New Zealand, Ardern said that when she found out about the news, she danced around her living with her young daughter Neve.

“I did a little dance,” Ardern told the outlet. “I showed Neve, she was caught a little by surprise but she joined in having absolutely no idea why I was dancing around the lounge but enjoying it nonetheless.”

New Zealand’s Director-General of Health Ashley Bloomfield, who has been the face of the country’s coronavirus response, said that though he is “not quite as good a dancer as the prime minister,” he did allow himself “a little smile” when he heard the news.

Monday’s announcement marked a major achievement for New Zealand, which implemented swift and strict coronavirus restrictions that experts say contributed to the country’s early success. New Zealand has also made testing readily available and has implemented widespread contact tracing, which has helped the country effectively eliminate the virus spread from its borders. 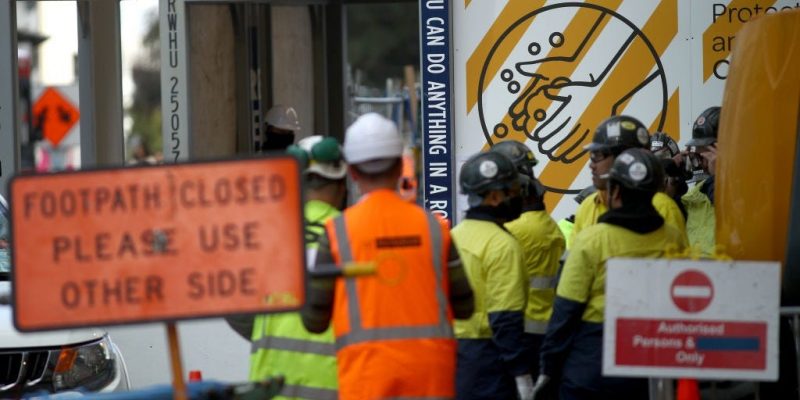 Foto: Construction workers in the Auckland CBD gather in front of a COVID-19 sign on June 09, 2020 in Auckland, New Zealand. COVID-19 restrictions lifted at midnight as New Zealand moved to COVID-19 Alert Level 1. The lifting of restrictions under Alert Level 1 comes after the government confirmed zero active cases in New Zealand and will see life mostly return to normal. Strict border measures will remain with mandatory 14 day isolation and quarantine for any overseas arrivals. New Zealanders are also being asked to keep diaries in the event of a second wave of infections. Source: Phil Walter/Getty Images

In total, New Zealand has confirmed just 1,154 cases and 22 deaths because of the coronavirus.

New Zealand also announced on Monday that it would be lifting its coronavirus restrictions, returning the country to a place “where life feels as normal as we can in the time of a global pandemic,” Ardern said at a press conference.

Though restrictions have been lifted, New Zealanders have been urged to stay home if they’re sick, maintain high standards of hygiene, and keep a record of where they have traveled in the event of the emergence of new coronavirus clusters.

The country’s borders remain closed for all non-citizens and permanent residents, though New Zealand has floated the idea of a travel bubble with neighboring Australia that would allow international travel between the two countries.