With cannabis and CBD becoming multibillion-dollar industries, it was only a matter of time before they teamed up with another lucrative industry: real estate.

Early this month, Rodeo Realty partnered with Society Group PR and the Mota Group – a members-only club for cannabis creatives – to hold what they say is the first-ever “cannabis open house.”

At a $3.5 million home for sale in Los Angeles, 100 guests gathered for an event called “The Greenleaf Cannabis Laboratory.” The open-house event featured cannabis-infused chocolates, gummies, and other edibles, kombucha cocktails, vape pens, and CBD cream massages. Hemp plants and marijuana paraphernalia were staged around the home.

Read more: Here’s everything you need to know about CBD, the cannabis compound that’s in everything from coffee to ice cream and could soon be a $16 billion business 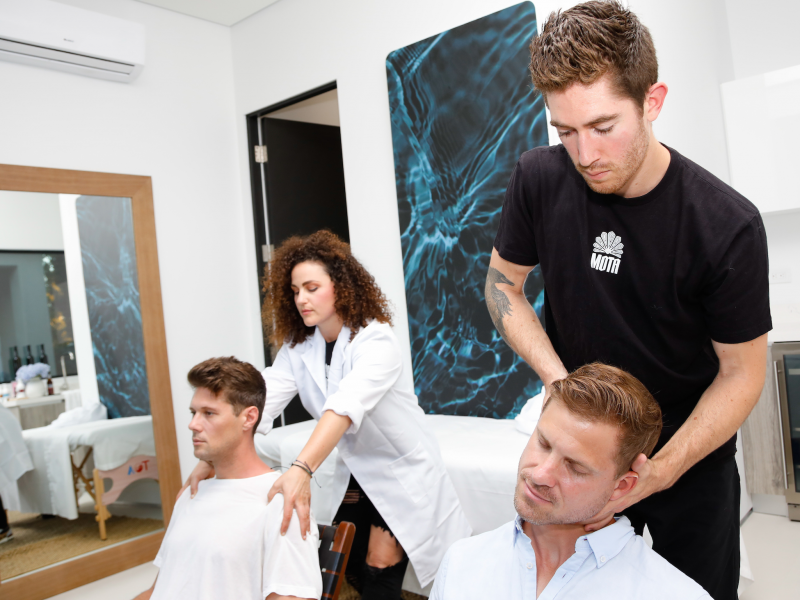 Foto: Guests could get massages with CBD cream.sourceJason Weiss / Guest of a Guest

The house, listed by Ben Quibrera of Rodeo Realty for $3.495 million, sits on Greenleaf Street in Sherman Oaks, an affluent, family-friendly Los Angeles suburb with upscale shopping malls and manicured parks, where the median price of a home is $1.14 million.

Alexander Ali, founder and CEO of Society Group PR, which helped put on the open house, said that although recreational marijuana has been legal in Los Angeles for over a year, people are still wary of it.

“So I said, let’s brand an entire house with cannabis,” Ali told Business Insider. “We’ll put cannabis plants in the MLS photos, we’ll have a trimming open house where brokers can get up close and personal with a cannabis plant and learn how to trim and cure it. And then we’ll throw a huge party where we have a bunch of cannabis activations from all these new brands and show people the evolution of cannabis.” 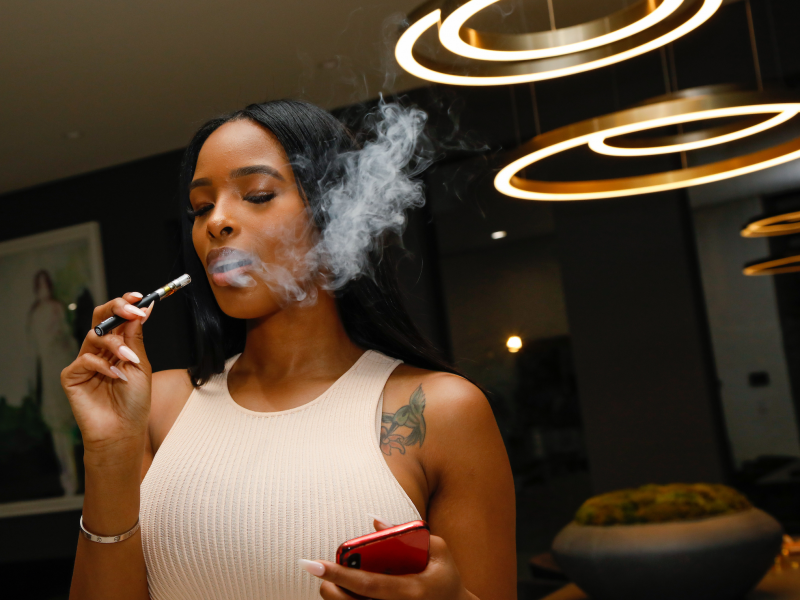 Foto: The open house offered vape pens in addition to CBD products and cannabis-infused foods.sourceJason Weiss / Guest of a Guest

On the Monday following the Friday event, Quibrera said he got an offer on the house, and now it’s in escrow.

“This cannabis and CBD open house is the tip of the iceberg for luxury real estate in Los Angeles,” Quibrera said in a press release.

According to Ali, it’s high time people see how the world of cannabis has changed in recent years.

“This isn’t bongs and tie dye,” he said. “Billions of dollars are being poured into this industry.”

Cannabis is touching industries from real estate and wellness to Wall Street and tech.

Indeed, with cannabis becoming a multibillion-dollar industry, its foray into real estate shouldn’t come as a surprise.

“Since Colorado legalized the drug in 2012, the previously illegal plant has birthed multibillion-dollar public companies, minted billionaires, and brewed social change not seen since the end of Prohibition,” Jeremy Berke recently wrote for Business Insider.

Read more: Cannabis has gone from a criminalized drug to a multibillion-dollar global boom in just a few years. Here’s everything you need to know about the emerging legal cannabis industry.

In California in particular, legalization has bolstered an already thriving wellness scene.

As Dana Goodyear wrote in The New Yorker last year, “among an affluent demographic of Californians – heavily invested in optimizing personal experience, micro-regulating moods and appetites, states of pain and creative flow – cannabis is part of a booming wellness industry.”

And Mota Group, for example, is opening a private club for cannabis creatives in Downtown Los Angeles later this year. Think the “SoHo House of cannabis,” Ali says. On their website, they sell vape pens for $70 and cartridges for $60, as well as pre-rolls, edibles, and various CBD products like lip balms, bath bombs, and massage oils.

As far as whether cannabis open houses will be a passing trend or become commonplace in real estate, only time will tell.