The Food and Drug Administration said Thursday  that it will ban fruit- and mint-flavored products used in e-cigarettes and vaping products while allowing vape shops to sell flavors from tank-based systems.

The FDA will begin enforcing the rule banning fruit and mint flavors within 30 days, and the regulatory agency will target companies that market to youths.

The flavoring ban does not apply to menthol and tobacco-flavored products. Vaping shops won a concession that will temporarily allow them to sell flavors in stores from tank-based systems, which allow people to mix their own nicotine and vaping juice.

U.S. Health and Human Services Secretary Alex Azar said the rule aims to “strike the right public health balance” by targeting products widely used by children while allowing vaping as a “potential off-ramp” for adults who want to quit smoking. 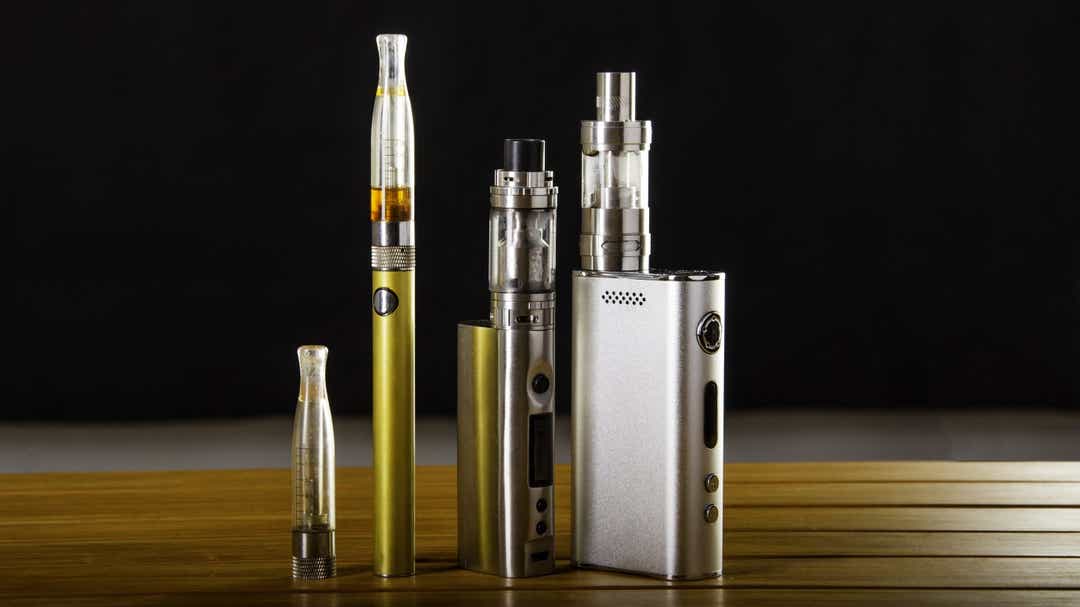 The long-anticipated action comes amid a sharp rise in teenagers vaping nicotine and THC and a vaping-related lung injury epidemic that has hospitalized 2,561 and led to 55 deaths.

“We will not stand idly by as this crisis among America’s youth grows and evolves, and we will continue monitoring the situation and take further actions as necessary,”  Azar said.

Public health and anti-tobacco groups criticized the plan as not going far enough to stem an emerging public health threat.

The American Heart Association said in a statement that permitting menthol and flavors from open tank systems to remain on the market would “leave a wide pathway for continued e-cigarette use among our nation’s children.”

The limited ban is more nuanced than the Trump administration’s plan last September that called for a wider ban of vaping products. At the time, officials cited preliminary data from the 2019 National Youth Tobacco Survey showing more than one-quarter of high school students used e-cigarettes in the past 30 days. Most of those underage vapers cited the use of fruit, menthol or mint flavors, the FDA said.

“Our efforts have always been how do we balance?” Azar said. “How do we make sure products remain available for adults who are using them to get off or stay off combustible tobacco … but also keep the most attractive products or flavors away from kids?”

“We know that children will obtain flavored products at vape shops,” Wimmer said, citing a study last year that reported 45% of vape shops in California sold e-cigarettes to minors. “This new plan is riddled with loopholes and will leave children unprotected.”

Gregory Conley, president of the American Vaping Association, described the limited ban as a “partial victory” that will allow thousands of small businesses to remain open. He warned the short-term exemption will require federal action this year.

A federal court order requires all vaping products to file an authorization application by May 12 to continue marketing products. Companies that do not meet the deadline are subject to FDA enforcement action under the court order.

“We are now 130 days away from the exact class of vaping products President Trump exempted from his ban – open tank systems – being banned because of the sky high costs associated with Obama-era rules the FDA is retroactively enforcing on vaping companies,” Conley said. “President Trump will get the blame if America’s vape shops are forced to close their doors in May.”

Mitch Zeller, director of the FDA’s Center for Tobacco Products, said the agency has advised vape shop owners about the May 12 deadline through guidance documents, webinars and other training.

“A vape shop that is in the business of manufacturing, by mixing nicotine and flavors, has a decision that it has to make about what business it wants to be,” Zeller said. “If a vape shops wants to continue that mixing, this isn’t a matter of policy. This is the law. That is a manufacturing practice and they are subject to that deadline.”