Most of the biggest milestones in the Canadian cannabis industry have been the result of government action. But there’s one notable exception — Constellation Brands‘ (NYSE:STZ) huge investment in Canopy Growth (NYSE:CGC) in 2018. The multibillion-dollar deal changed the perception of the entire cannabis industry in many ways.

That investment hasn’t panned out so well for Constellation so far, though. Canopy Growth’s continued losses have weighed on the adult beverage company’s financial results. However, during Constellation’s fourth-quarter conference call last week, CEO Bill Newland sounded the most optimistic about Canopy’s future than he’s been in a long time. And he even said that Canopy now has new products that are “game-changers.” 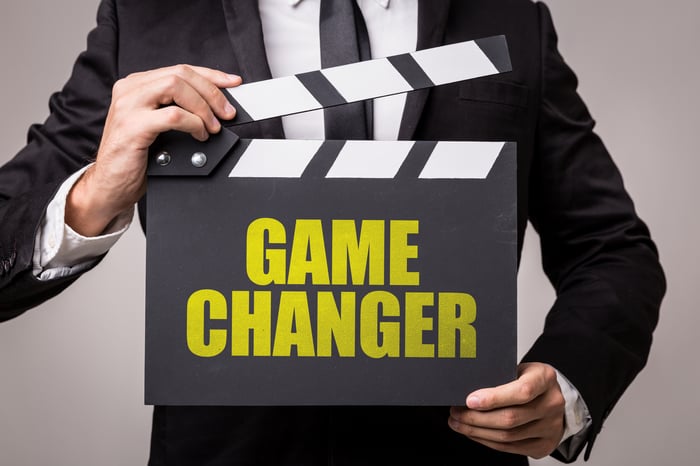 What are these game-changers that Bill Newland referenced? Canopy Growth’s new cannabis-infused beverages.

The Canadian cannabis producer launched its first cannabis beverage last month, Tweed Houndstooth & Soda. Newland noted that the beverage “has received an overwhelmingly positive consumer response.” He also gave Canopy’s cannabis drinks a personal endorsement, saying that ” I can tell you they are awfully good.”

Tweed Houndstooth & Soda contains 2 milligrams of THC, the primary psychoactive ingredient in cannabis. It also has less than 1 milligram of cannabidiol (CBD), a chemical in cannabis plants that appears to have some therapeutic benefits.

Canopy has plans to introduce other cannabis-infused beverages over the next few months. The company’s upcoming new products include two other Tweed-branded drinks, Penelope and Tonic along with Bakerstreet and Ginger Ale. It’s partnering with Houseplant to launch Houseplant Grapefruit and Houseplant Lemon THC-infused drinks. Canopy also plans to roll out seltzer-like water beverages infused with CBD and THC and beverage mixers that can be used to infuse any drink with THC and CBD.

The original timeline for launching these products was delayed because of issues ramping up the scaling process for manufacturing the cannabis beverages. Canopy appears to have resolved those issues now.

Canopy’s beverages aren’t the only things that Constellation Brands likes about its cannabis partner. Newland said that Constellation is “very encouraged by the steps David Klein is taking in his new role as CEO of Canopy Growth.” That’s not surprising, considering that Klein formerly served as Constellation’s CFO and was hand-picked by Constellation to be Canopy’s new CEO.

In particular, Newland noted that Klein is leading Canopy to focus on improving its connection with customers, instilling fiscal discipline, establishing a clear path to profitability and positive cash flow, and building credibility with the company’s key stakeholders. All of these initiatives work to Constellation’s benefit.

Constellation is also optimistic about Canopy Growth’s prospects in Canada’s cannabis derivatives market beyond its cannabis beverages. Newland said that Constellation expects vapes and edibles, along with beverages, will generate revenue growth for Canopy.

He did acknowledge the “challenges associated with this current economic environment” for cannabis companies. However, Newland maintained that Canopy “remains best positioned to win long-term” and pointed out that “many competitors without access to capital show signs of trouble.”

The big question for Canopy Growth is: How long will it take for its “game-changers” to change the game? Canadian cannabis producers were thrown yet another curve ball last week with Ontario announcing that cannabis retail stores are non-essential businesses and must remain closed for 14 days as part of the province’s efforts to slow the spread of the coronavirus.

Canopy was counting on Ontario opening up a significant number of new stores in 2020. While that could still happen, the number is likely to be lower as a result of the COVID-19 pandemic.

And while the initial consumer responses are promising, it’s still not known how big of a commercial success Canopy’s new cannabis-infused beverages will actually be. In the meantime, the marijuana stock is likely to remain very volatile. The good news is that its biggest shareholder thinks the best days are yet to come for Canopy Growth. With this vote of confidence, Canopy is in much better shape than most of its peers.