Zogenix (NASDAQ:ZGNX) reported what it called “positive” results from a late-stage clinical trial testing its drug candidate, Fintepla, in patients with a variety of childhood-onset epilepsy called Lennox-Gastaut syndrome. And technically, the company was right: Fintepla reduced the median number of monthly drop seizures by 26.5%, compared to a median reduction of 7.8% in patients taking a placebo.

But shares of Zogenix were down by 37% at 2:25 p.m. Friday because, while Fintepla did beat the placebo, that 26.5% reduction in seizures was fairly small. The highest dose of GW Pharmaceuticals‘ (NASDAQ:GWPH) Epidiolex, a cannabidiol derived from cannabis, produced reductions of 42% and 44% in the two clinical trials that led the Food and Drug Administration to approve it for treating patients with Lennox-Gastaut syndrome. The placebo effects in the Epidiolex studies were higher, with reductions of 17% and 22%, respectively, but even factoring that in, it appears that Epidiolex (25% and 22% placebo-adjusted) works better than Fintepla (18.7% placebo-adjusted) in Lennox-Gastaut syndrome.

Shares of GW Pharmaceuticals were up almost 7% on news of its rival’s positive-but-not-so-much results. 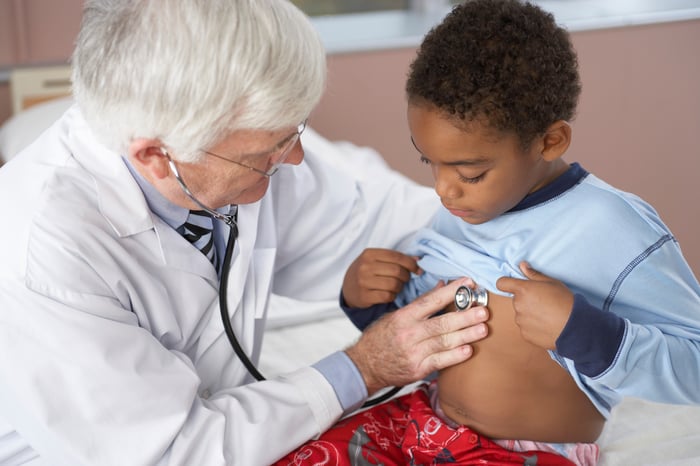 The active ingredient in Fintepla is fenfluramine, half of the notorious weight-loss combo drug fen-phen, which was discovered to cause heart valve damage and was pulled from the market in 1997.

Zogenix has also tested Fintepla in Dravet syndrome, another form of childhood epilepsy, with better results: the highest dose studied reduced mean monthly convulsive seizures by more than 60% in two different clinical trials. The company has already submitted the data to the FDA, which is expected to make an approval decision by March 25.