The U.S. Food and Drug Administration gave a congressionally mandated update Friday on its progress in determining the safety of products with cannabidiol (CBD) — a report that reiterated the agency’s previously stated concerns without offering a lot of new information. The 2020 spending bills signed by President Trump in December required a report on “the agency’s progress toward obtaining and analyzing data to help determine a policy of enforcement discretion and the process in which CBD meeting the definition of hemp will be evaluated for use in products.”

The FDA repeated its earlier statements about potential ways that CBD products could be harmful, including the possibilities for liver injury, drug interactions, male reproductive toxicity, and side effects. It also noted the lack of data about the effects of long-term use or whether CBD might pose greater risks to more vulnerable populations such as children, pregnant and lactating women, the elderly, and fetuses. 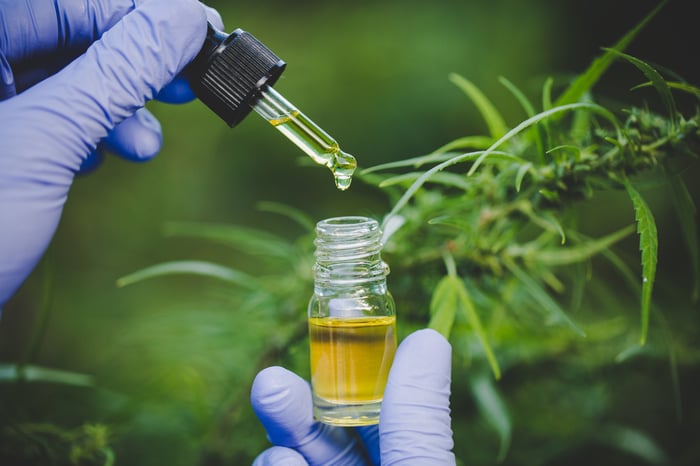 Those concerns don’t mean that CBD is unsafe — but given the lack of properly conducted scientific testing, the FDA can’t make an assessment about whether unapproved CBD products are safe or not. The agency said it’s taking steps to generate data on the subject, including sponsoring new research, and will continue to update its online resources for consumers and stakeholders.

One area that will be of interest to companies selling CBD products or ingredients for them — such as Charlotte’s Web (OTC:CWBHF) and Valens (OTC:VLNCF) — and their shareholders were statements about the FDA’s enforcement priorities. The agency said it has seen CBD products being marketed as treatments or cures for serious illnesses such as cancer or Alzheimer’s disease. It also said it has deep concerns about products with harmful contaminants and products marketed with false statements, such as omitted ingredients or incorrect statements about their concentrations of CBD, and products marketed for use by vulnerable populations. That focus seemed to keep the door open to cannabis companies that make more modest claims about their products’ efficacy and are accurate in describing what’s in them.