Acquisitions and partnerships have played a big role in the cannabis industry’s early growth stages. Trying to convince investors that they’re better buys than their peers, cannabis companies have attempted to be first movers in securing deals to sell products with companies from other industries or major retailers.

Canopy Growth (NYSE:CGC) is one of the companies that’s been front and center when it comes to deal-making. It continued to do so when it announced earlier this month that it would be acquiring 72% of BioSteel Sports Nutrition, a nutritional company that’s popular with many athletes.

But there are two questions investors should be asking: Is this a good use of resources and does it make the stock a better buy today?

The opportunity could be significant

Estimated to be worth $50 billion, the global sports nutrition market could be significant for Canopy Growth to tap into. CEO Mark Zekulin is optimistic about what it could mean for cannabidiol (CBD) in that segment, stating in the company’s release that:

This acquisition allows us to enter the sports nutrition space with a strong and growing brand as we continue toward a regulated market of food and beverage products that contain cannabis. We view the adoption of CBD in future BioSteel offerings as a potentially significant and disruptive growth driver for our business.

This isn’t the first time that Canopy Growth has shown an interest in sports. Earlier this year, it partnered with the NHL Alumni Association to study how CBD could potentially help retired players dealing with pain and how it may be able to help treat brain injuries. 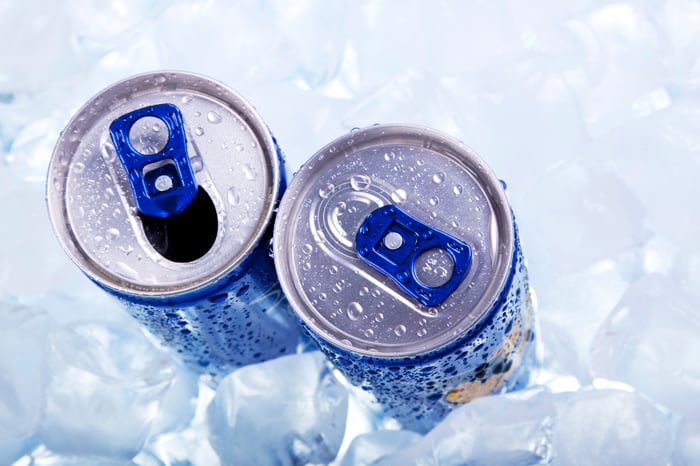 The challenge, however, will be in convincing different leagues to allow CBD to be used as a treatment option. Although there’s interest from players in using CBD, there’s no guarantee that the substance will be permitted. NBA Commissioner Adam Silver talked about the issue earlier this year and wouldn’t confirm if the league would permit CBD, saying that “it’s a complicated issue.”

Not only is the opportunity for CBD-based sports drinks potentially years away from becoming a reality, but there will likely be many marijuana stocks jockeying for position in that segment by then. While BioSteel will give Canopy Growth an advantage in being able to benefit from its existing relationships and customer base, that may not be the case years from now when athletes have more options. Former NFL star Terrell Davis has already launched CBD drink Defy, as he, too, looks to provide athletes with a way to treat pain.

Cannabis companies with beverage deals could decide to expand into sports drinks, as well. And for those that don’t have deals, it’s even easier to infuse drinks with CBD, as Dixie Brands’ subsidiary Aceso Hemp unveiled dissolvable tablets that could add CBD to a glass of water quickly and easily.

Just like with many cannabis products today, the competition will be fierce. With leagues still not on board with CBD, there’s plenty of time for companies to catch up to Canopy Growth.

Is this a good deal for Canopy Growth?

While no terms were released in the company’s press release, it may not be ideal for investors, whether it’s stock or cash that will fund the purchase.

For one thing, Canopy Growth has been burning through lots of cash, and its share price has been crashing badly over the past several months. More shares being issued will only make a bad situation even worse. Secondly, it’s for yet another growth opportunity that won’t be realized until well into the future, which investors probably don’t want to hear right now. And lastly, with Canopy Growth already being involved with a top beverage maker in Constellation Brands, it’s a puzzling move, given that the two companies could have gone down that route without BioSteel.

Given where the leagues are on CBD today, pressing issues relating to Canopy Growth’s lack of profitability, and positive cash flow weighing heavily on investors, the BioSteel acquisition is not a move that looks to be a good one in the near term. It’s certainly not one that will inspire investors to change their minds about the stock today. Over the long term, it could be a good move, but how long it will take to generate a positive return is anyone’s guess.