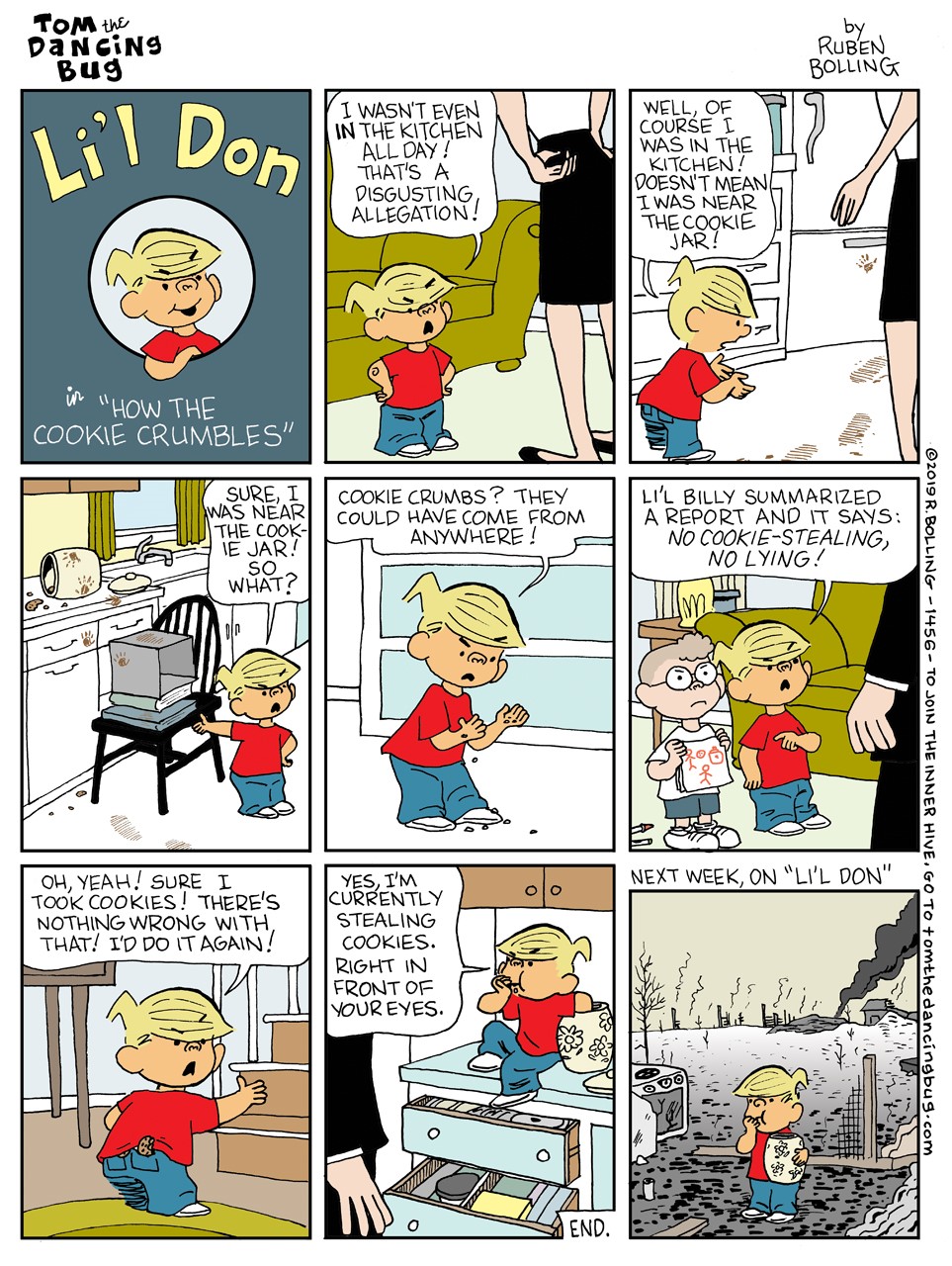 Tom the Dancing Bug, IN WHICH we may wonder whether Li’l Don Trump’s series of denials are truthful

YOU CAN join Tom the Dancing Bug’s INNER HIVE! Get each week’s comic at least a day before it’s published, get extra comics, sneak peeks, insider scoops, and lots of other stuff! JOIN TODAY!

YOU CAN follow @RubenBolling on the Twitters and a Face Book.

YOU CAN read more Tom the Dancing Bug comics on Boing Boing!

A Malthusian Experiment – Are we doomed?

Tom the Dancing Bug, IN WHICH we run a fun an experiment to find out if environmental catastrophe is inevitable

Tom the Dancing Bug, IN WHICH we wonder whether this whole Alabama hurricane thing is blown out of proportion

Tom the Dancing Bug, IN WHICH Super-Fun-Pak Comix features Gibbon the Ocelot, Guy Walks into a Bar, and MUCH MORE!!