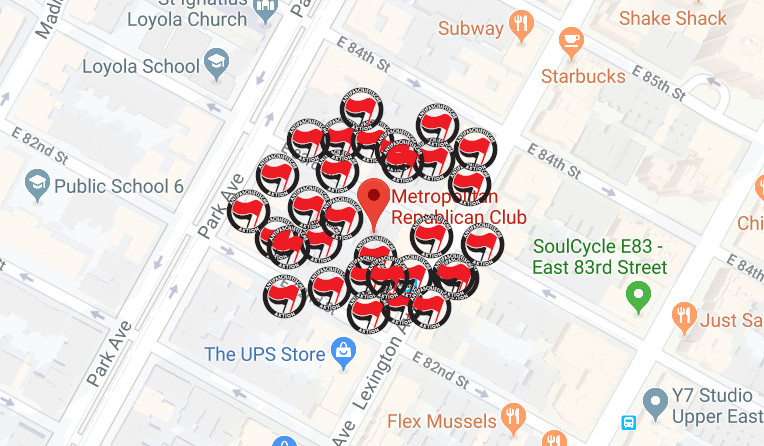 The Manhattan DA filed assault and riot charges against four Proud Boys, but that’s not all: the DA’s office also served Google with a “reverse search warrant” seeking the names of the owners of every mobile device present on the scene, in a bid to unmask and charge antifa protestes.

This marks the first known instance in which the Manhattan DA has used the controversial “reverse search warrant.”

The Manhattan District Attorney’s Office admitted it demanded Google hand over account information for all devices used in parts of the Upper East Side. They didn’t do this to find the Proud Boys; they did it to find Antifa members.

Deep look at the Googler Uprising, drawing on insider interviews

In May 2018, Google faced a series of public resignations and scandals over a secret internal project to supply AI tools to the Pentagon’s drone warfare project; then, in August 2018, scandal hit again with the news that Google was secretly developing a censoring, surveilling Chinese search-tool; then came the news that the company had […]

As Google has enacted a series of high-handed, opaque changes to how Youtube monetizes, upranks and censors videos, Youtubers have found themselves battered by the changes: they built Youtube into a global multi-billion-dollar success story, but they don’t get a say in how it’s managed. Now, a group of Youtubers have teamed up with Germany’s […]