Public health authorities in Minnesota are calling for the state to establish a central regulator for the marijuana business. According to the Minneapolis Star Tribune, officials from four state agencies are lobbying the government for this regulator because the quickly growing cannabis industry is becoming harder for them to monitor and regulate.

The quartet of agencies — the Pharmacy Board plus the state departments of Agriculture, Public Safety, and Health — are each responsible for various facets of the cannabis business. Their argument is that having a single entity entrusted with these responsibilities would be more efficient than at present. Some complain that they don’t have the time or resources to properly keep pace with a rapidly developing industry. 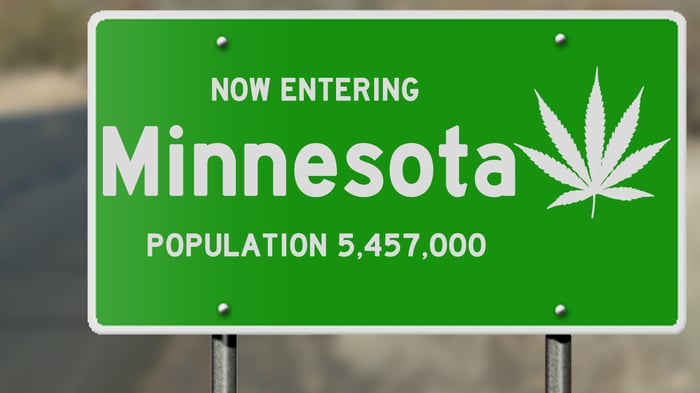 The state’s medical marijuana program has grown robustly. The number of patients enrolled it in rose by at annual rate of 27% in 2019, to over 18,000. Following the passage of the federal government’s farm bill in late 2018, the number of hemp farmers in this relatively agrarian state has increased exponentially.

In 2014, Minnesota’s legislature passed a law permitting medical marijuana. The state has decriminalized recreational use and sale of the drug, although such activities are still technically illegal.

Two marijuana companies, LeafLine Labs and Minnesota Medical Solutions, dominate the dispensary segment in the state. Innovative Industrial Properties (NYSE:IIPR) effected a sale-leaseback transaction with a growth and cultivation facility that Minnesota Medical Solutions’ parent, Vireo Health, owned in the town of Otsego, not far from Minneapolis. So far, Innovative has not commented on the future of regulation in Minnesota.