Rob Gronkowski may have a future pitch for Tom Brady’s “TB12 Method.”

On Tuesday, Gronkowski held a press conference in New York City to announce he is partnering with CBDMedic, a CBD-based ointment that he said he has used in retirement to recover. Gronkowski and CBDMedic plan to release a line of fitness-inspired products for recovery.

Gronkowski said that while he has not yet pitched his former New England Patriots teammate on CBD, he would like to one day.

“I have not yet shared with Tom what I’m doing,” Gronkowski said. “I know he’s busy in camp, but I am excited to bring it to him. I am excited to talk about it, because I love talking about health with Tom. He is the healthiest guy in the NFL, hands down, at age 42. You can’t deny that. You see what he’s doing.”

Gronkowski, who officially retired in March, said Brady is “a big reason” why he is currently “pain-free.”

“His methods are unbelievable … I’m blessed and lucky enough to be learning from a player like that.”

Read more: Tom Brady is still dominating in his 40s thanks to a strict fitness and nutrition lifestyle he calls ‘The TB12 Method’

Gronkowski said he wants to be an advocate for CBD and encourage major sports leagues to reconsider their policies on CBD. Gronkowski said he knows other players in the NFL are playing through pain and he thinks CBD could help them. 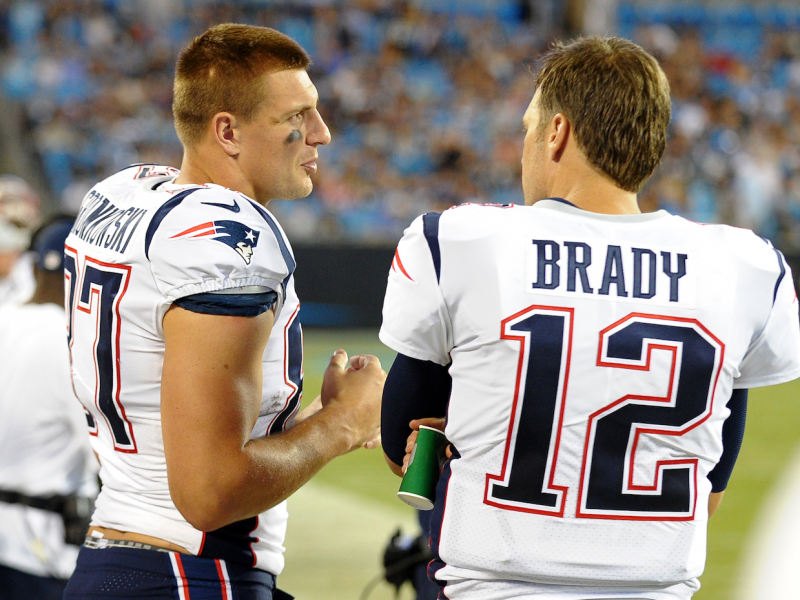 Foto: Rob Gronkowski may have a future pitch for Tom Brady.sourceDannie Walls/Getty Images

Gronkowski on Tuesday revealed that injuries had worn him down in recent years and that he had to take time off to recover. Gronkowski began following some of Brady’s health and fitness methods in 2017, but said he was losing his joy in life.

Gronkowski said it’s possible that he could make a return to the NFL, though he doesn’t know when. He said he is physically ready, but not mentally or spiritually ready to play football.

“My mind, my soul keeps telling me, ‘You need more time off.’ When I feel like my body’s top-notch, my soul, my mind, mentally, physically, I’m ready. Then I will go back to the NFL – if I ever get to that point.”