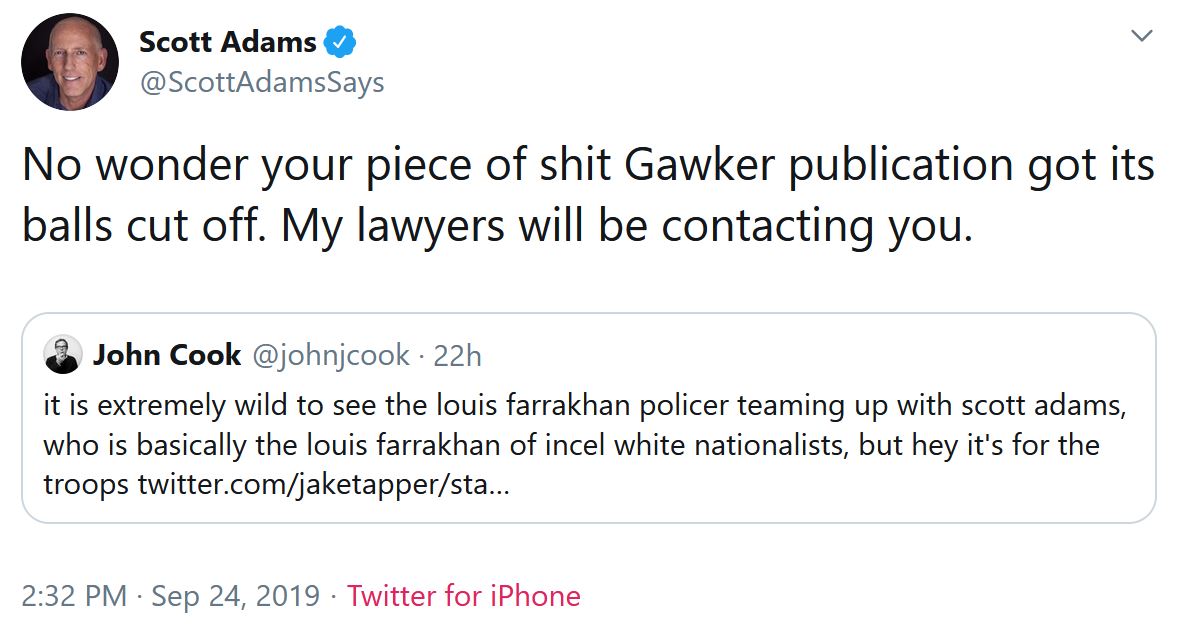 Cartoonist Scott Adams is famous for “Dilbert”, for his right-wing commentary, and most recently a nauseating attempt to promote an app after the Gilroy massacre. On Twitter, journalist John Cook mocked him as “the louis farrakhan of incel white nationalists.” Adams threatened legal action.

“No wonder your piece of shit Gawker publication got its balls cut off,” Adams wrote. “My lawyers will be contacting you.”

Adams would be unlikely to prevail should he follow through with the implied lawsuit, as libel concerns false statements of fact, not insults. But the threat of lawsuits—especially the cost of defending them—is a time-honored method of silencing critics and mockers.

A U.S. judge today dismissed a lawsuit by an American journalist who sought to challenge his placement on a drone “kill list” by U.S. authorities in Syria.