Shares of Charlotte’s Web Holdings (OTC:CWBHF) were falling by 9.3% as of 3:40 p.m. EDT on Tuesday. The cannabidiol (CBD) pioneer didn’t report any news, though. There weren’t any other major developments that appeared to impact Charlotte’s Web. So, why did the stock fall?

Probably the best answer is that this is simply the kind of volatility to expect for cannabis stocks. Charlotte’s Web has experienced quite a few major swings both up and down so far this year. It’s also possible that some large investors are taking profits off the table in anticipation of a further overall market downturn. 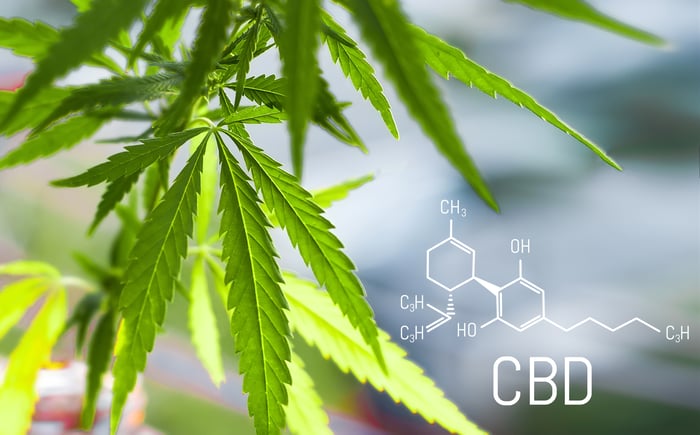 When a stock falls on no apparent news, the best thing to do is sit tight. Nothing has changed about Charlotte’s Web’s business nor its prospects.

Although analysts were disappointed with the company’s second-quarter results announced earlier this month, Charlotte’s Web continues to perform very well. Revenue is growing. The company remains highly profitable despite its increased spending to fund expansion efforts.

The U.S. legalization of hemp in December 2018 has literally opened many new doors for Charlotte’s Web. The company’s CBD products are now carried in more than 8,000 retail locations, more than double the number of stores at the end of 2018. Charlotte’s Web has also boosted its hemp acreage by 187% over last year’s acreage in anticipation of strong demand for its products.

It’s possible that news could be announced in the near future that provides a fuller explanation for why Charlotte’s Web stock dropped today. But don’t count on it. High-growth stocks often have big daily swings for no apparent reason.

The main thing for investors to watch with Charlotte’s Web in the days and months ahead is how the company executes on its strategy of capitalizing on the growth in the U.S. hemp CBD market. CEO Deanie Elsner stated earlier this month that the company thinks it will “continue to see additional large retailers coming onboard and expect[s] an increase in the number of states and locations with our existing retail partners throughout the year.”

Pay attention to any rumblings from the U.S. Food and Drug Administration (FDA) as well. The agency is mulling over what it will do to regulate CBD. Charlotte’s Web’s full-year revenue guidance range is relatively wide because of uncertainty about what actions the FDA might take over the next few months.